Today we were very surprised by vulnerability CVE-2013-1048 in Apache web-server. This issue was described in Debian Security Advisory DSA-2637-1 by following notes:

Hayawardh Vijayakumar noticed that the apache2ctl script created the lock directory in an unsafe manner, allowing a local attacker to gain elevated privileges via a symlink attack. This is a Debian specific issue.

First looks at last line of quote - only Debian systems were affected.

Lets try to analyse patch for this bug: 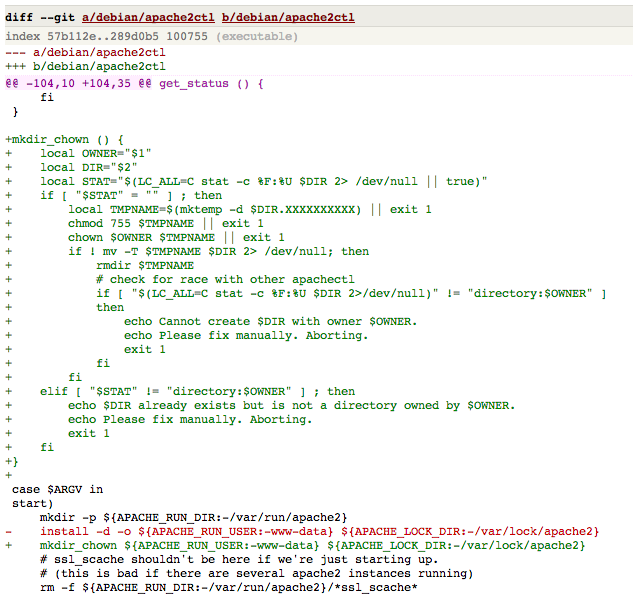 As you can see, install command was replaced to mkdir_chown function which contains many security checks.

This command creates directory /var/lock/apache and that set chown www-data to this directory.